You are here: Home / Blockchain Technology / Bitcoin : Just a Snail in Cryptocurrency or Old is Gold ?

So, How many of you believe that old is gold?

Most of us just like Warren Buffet who regarded Bitcoin as a worthless Gold in his meet with Justin Sun (TRON Owner). We saw how Justin Sun occupy Warren for a Day (GLIDE FOUNDATION)

In this post we will discuss about type of Cryptocurrencies available till 2020. A quick image below justifies same:

Till this date, we all don’t know who is Satoshi Nakamoto, but recent news says he might be Born on 10 April or October.

Crypto-currency is a new form of digital currency and identified by the wallet address.

They can be used to purchase some goods and services (including at WordPress.com), but also to “tip” others online – sending a few digital coins is a fun way to thank someone for a job well done, or simply to show that you appreciated a good joke or astute comment.

So let’s discuss about some of the Crypto currencies. Some of the names include:

In this Post, we will discuss about TRON and Bitcoin only;

The Bitcoin whitepaper, which outlined how this revolutionary new currency would work, was released in 2008, and the Bitcoin network launched in 2009. Since its launch Bitcoin has experienced no downtime, allowing anyone to transfer value at any time and from anywhere.

By using the features of the Blockchain and peer-to-peer (P2P) network technology, Tron attempts to bridge the gap between content creators and content consumers by eliminating the middleman. The result is an overall cost reduction for the consumer and improved collection through direct receipts for the content producer, which offers a win-win situation.

To draw an analogy with a real-world application, consider Netflix, which operates a Digital Entertainment service offering on-demand content. A single organization controls the services in a centralized manner.

One may need to subscribe and pay Netflix to watch a particular on-demand movie that may have been produced by a group of budding enthusiasts who are hosting it on the Netflix platform.

From the fee charged to the subscriber, Netflix takes a cut for hosting the movie on its platform and pays the remainder to producers. Often, the lion’s share is taken by the middleman.

We can get the updates of market here regarding all these currencies. 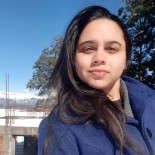 Renuka is a Former Business Development Manager who is passionate about writing blogs on Investment options we have in market. Loves Yoga, Singing, Drawing etc.

So, they make more of $$ while improving efficiency simultaneously.

Apart from that, he is a B-boy, loves Anime & is into learning Korean. Read Blogposts by Mohan...